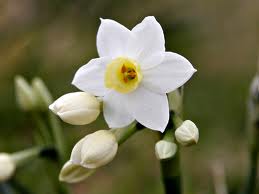 ”Mother’s Day’ is not an invention of Hallmark cards, but in fact has its roots in ancient history. In Ireland, as in the UK, Mothering Sunday is celebrated on the 4th Sunday in Lent. In other parts of the world it is usually celebrated in March, April or May.

Celebrations of motherhood can be traced back to the Ancient Greeks and Romans. The ancient Greeks held a spring festival dedicated to Rhea, the mother of the Greek Gods Zeus, Poseidon and Hades. They also celebrated the  Festival  of Cybele, Mother of The Gods, at the time of the March  equinox and this was later adopted by Romans who celebrated it around the Ides of March ( March 15th  to 18th). Also in ancient Roman religion there is mention of the Matronalia when women got gifts from their husbands and daughters, husbands were expected to offer prayers for their wives and slaves were given a day off work.

Several Christian denominations, including Anglican and Catholic, celebrate Mothering Sunday. It falls approximately mid Lent, on Laetare Sunday (‘Laetare’ means ‘Rejoice’). On this day, there was a relaxation in the austerity of Lent. In Elizabethan times, girls who had been hired out as servants  were given a holiday in the middle of Lent, so that they might visit their families. In the 16th century there was a practice of returning to the ‘mother church’ (the main church of the area), which meant that children in service would be reunited with families on that day. To prove their new-found cooking skills, they brought home a gift of a ‘Mothering’ or ‘Simnel’* cake.  Dairymaids or laundrymaids who had no cooking skills, would often be presented with a  ‘mothering cake’  by a sweetheart.

The Lenten fast was at that time very rigorous, so the cake was made with a rich mixture so that it would keep until Easter. They also picked wildflowers for their mothers as they made their way home and the wild violet became a traditional gift for mothers.

The tradition of Mothering Sunday gradually died away over the decades. It is said to have been revived by visiting  American and Canadian soldiers who celebrated Mother’s Day on the second Sunday in May. The celebration was indeed revived but the original day – the fourth Sunday in Lent – was retained in these islands. Our Mothering Sunday has now become Mother’s Day, but call it what you will, it remains a day to celebrate motherhood in general and your mother in particular.

Happy Mothering Sunday to all mothers!

* I have an old recipe for Simnel cake. If anyone would like to have it, please email me.