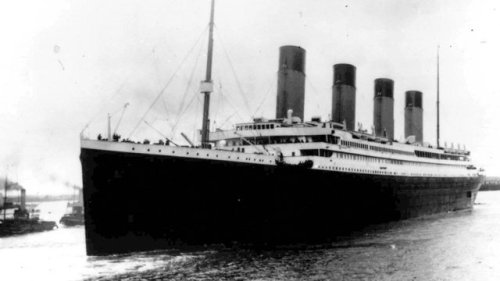 The Titanic centenary commemorations were launched today in Cobh, County Cork. Cobh, or Queenstown as it was then known,was the last port of call for the ill-fated Titanic.

Today, the LE Emer of the Irish Naval Service, was alongside and exchanged a gun salute with nearby Spike Island. There then followed the release of 123 flares from Spike Island, one for each of the passengers who boarded at Queenstown in April 1912. A poignant remembrance of those who last stood on Irish soil 100 years ago and left family and friends in search of a better future.

Throughout 2012, Cobh will lead the  Irish tribute to those who lost their lives on the Titanic as well as those who survived. Many events to remember the Irish ship and her passengers will take place during the year-long  commemoration- exhibitions, lectures,concerts,visiting cruise liners, markets,church services and naval displays. The impressive exhibition centre will be a central attraction to all visitors to the area.

There will be frequent posts on this site throughout the year on the Titanic 100 commemorations at Cobh and in Belfast as well as in The Titanic Village – Addergoole, Co Mayo.