This week I enjoyed  a stroll around Bunratty where I had gone to meet an internet blog friend from the USA who had been in Ireland doing some research for a book. (What a fascinating and interesting  woman Janet Maher is –  she blogs at Mahermatters.com).  It was a warm,sunny afternoon – just perfect for an amble in this world-famous tiny village. Bunratty  lies between Limerick City and Shannon Airport on the Limerick to Galway road, and is one of Ireland’s premier tourist attractions. It is particularly pleasant now that the heavy traffic has been diverted to a bypass, making it a great place for pedestrians and for those who wish to stop a while.

Dating from 1425, Bunratty Castle was restored in the 1960s. It is now Ireland’s most complete medieval fortress,open to the public and hosting the daily world-famous medieval banquets. Bunratty Castle is part of the Bunratty Folk Park complex – with its 19th century village street, that includes a school-house, post office and pub as well as many more attractions.  A captivating place that takes us back to see how our ancestors lived in their thatched houses  – a gateway to our past! I did not have time to take in the Folk Park this time, but it is indeed well worth a visit! 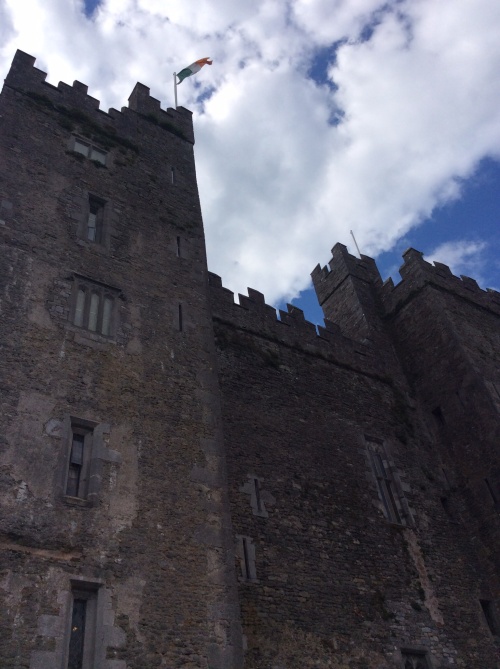 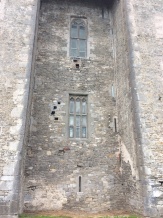 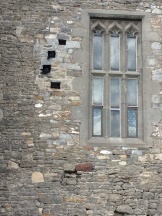 There are some birds in the area who enjoy their distinguished address…who would have a nest in a draughty old tree when there is 1st class accommodation available at  the castle?

Bunratty not only has a wonderful castle and folk park, it is also home to Durty Nelly’s, probably the most famous pub in Ireland.

Nelly was a character who collected a toll from those crossing the bridge. She supposedly provided travellers with Poitín as well as other comforts! It is said that her Poitín  increased virility and helped childless couples to have large families! 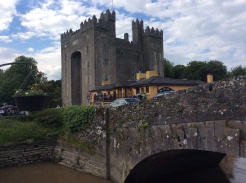 The bridge that led to Durty Nelly’s and Bunratty Castle crosses the Ratty river that flows into the River Shannon.

Just opposite the Castle is a sculpture entitled Caiseal Oir  by Fred Conlon. This imposing piece was inspired by the artefacts found in the Mooghaun Gold Hoard, discovered during the construction of the Limerick to Ennis railway line in the 1850s. 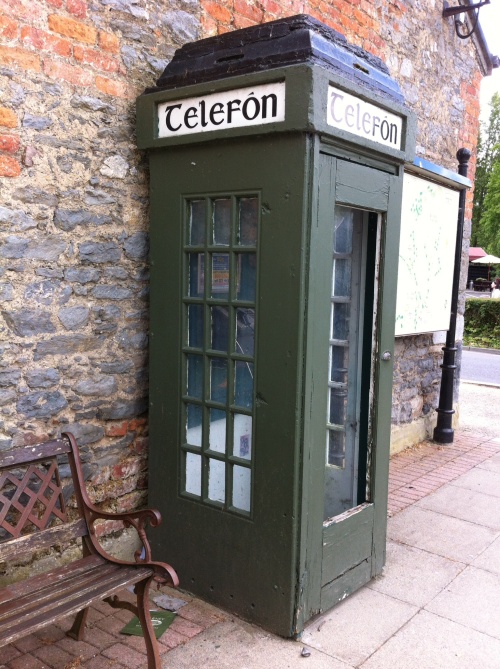 An old green telephone box is located near Blarney Woollen Mills. Every village used to have one of these green phone boxes, and nearby there is a post box that dates from the reign of Edward VII. These ‘British’ letter boxes, remnants of our history have thankfully been retained. They are protected structures, now in green livery and not the original pre-independence red colour.

The banks of the river provide safe berths for many small boats.

A look at the distant Clare hills… 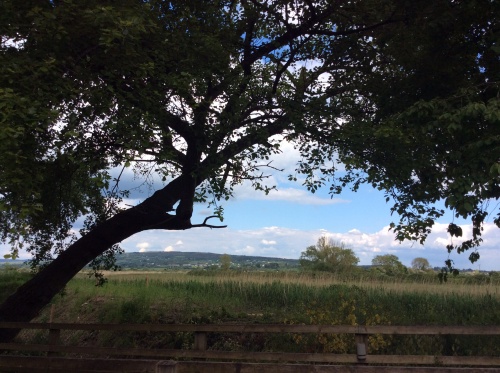 Bunratty is truly at the heart of the mid west region and well worth a visit  by tourists from home and abroad …you will not be disappointed!