The Golden Vale at the foot of the Galtee Mountains

Today I found myself on an unplanned visit to the south of County Tipperary, which was looking great in the warm spring sunshine. Located in an area known as the Golden Vale, famed for rich pasture and resulting exquisite dairy products, the rolling countryside is backed by the Galtee Mountains. 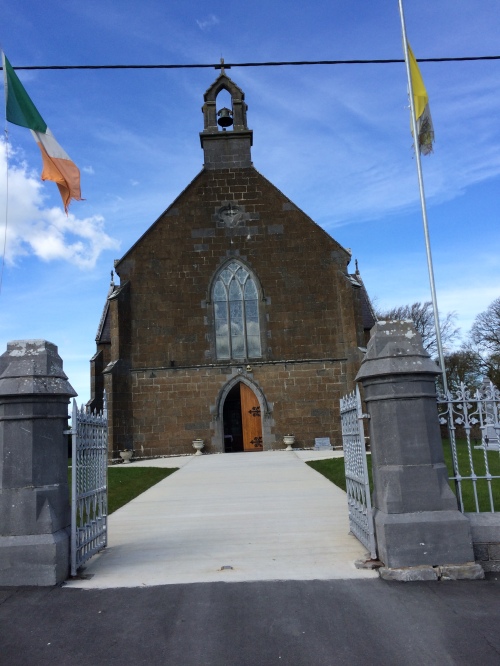 The Church of the Assumption Lattin, Co Tipperary

The small village of Lattin is dominated by the Roman Catholic Church of the Assumption that was built in 1863.

The interior of the church  is splendid  with a very imposing marble main altar, with a Pieta and beautifully carved figures. The ceiling is vaulted and beautifully simple.

The classically simple ceiling is a perfect foil for the wonderful stained glass windows in the church. 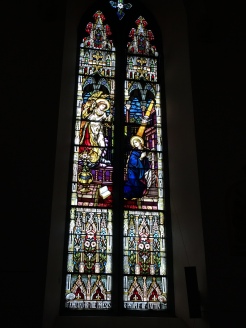 In the village of Lattin there is what can only be described as a spectacular graveyard, that is mainly on a mound to the west of the village. Apparently this area has been inhabited for thousands of years and certainly the headstones go back a number of hundreds of years.

More research required on that mound! 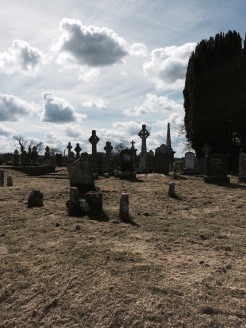 I particularly loved this little stile leading into the graveyard. 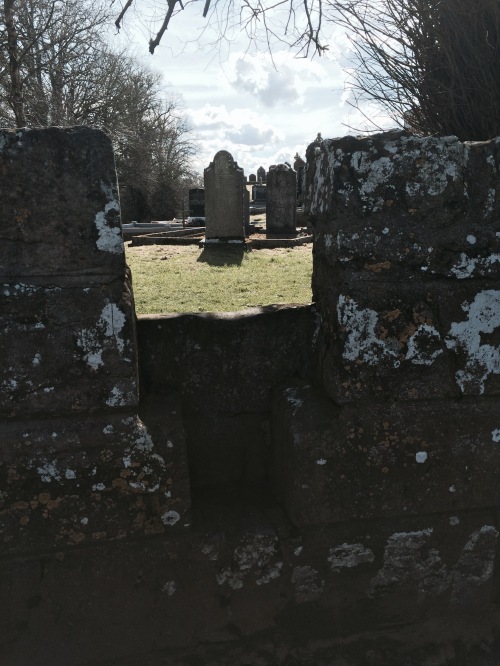 I was fascinated by the grotto beside the graveyard that doubles as a memorial to locals who died in the cause of Irish Freedom!

Inscription at the Grotto, commemorating locals who died for Ireland

On my way back home, I passed through some beautiful countryside. 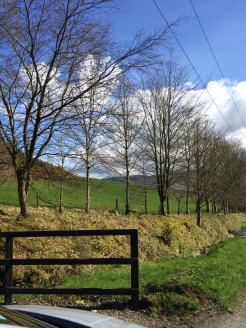 Nearby is the town of Galbally nestled under the Galtees which has another monument to fallen locals.

Just a mile or so further on, I came upon the fabulous Moor Abbey. What a gem in a most beautiful place, the beautifully named Glen of Aherlow! 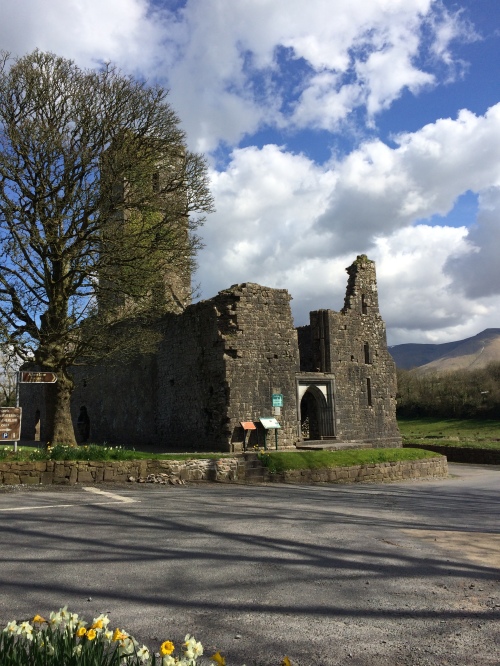 The Abbey was founded in the 13th Century and was finally abandoned in 1748. 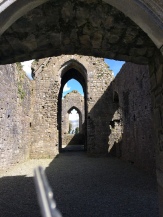 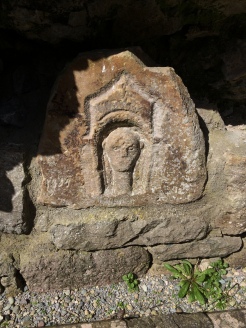 My journey home was delayed by about ten minutes as  a couple of hundred dairy cows were being moved from winter quarters to the rich green grass of the Golden Vale!

This area of Ireland is off the tourist track, but it is really worth a visit, or at least a detour, as it has some spectacular scenery and gems of villages and happy surprises round almost every corner!

April Snow on the Galtees

*This post is dedicated to John Halligan, aged 97, father of my friend Annette, whose funeral took place today in Lattin Co. Tipperary. May he Rest in Peace.

9 responses to “Postcards from South Tipperary”