For most of my life I heard references to Carbury Co Kildare from our mother, yet I had never been there – until last week – when I headed off on a road trip to discover the places where my mother, her mother, her grandmother and her great grandmother lived.  The discoveries and frustrations on the family history front will feature in a future post, but in the meantime the lovely small village, lovingly and proudly cared for by a small band of volunteers deserves a post of its own.

Carbury is a tiny wee village that has been cut off from much of its hinterland by the newly realigned regional road the R402. In fact the signage for the village was not obvious at all and I ended up in the village of Derrinturn which is in the parish of Carbury and where the Carbury Roman Catholic Parish Church is located.

The tiny hamlet is dominated by Carbury House with a very interesting curved  gable.

Built about 1800, the gable appears to have suffered some sort of damage, perhaps from passing trucks before the bypass? 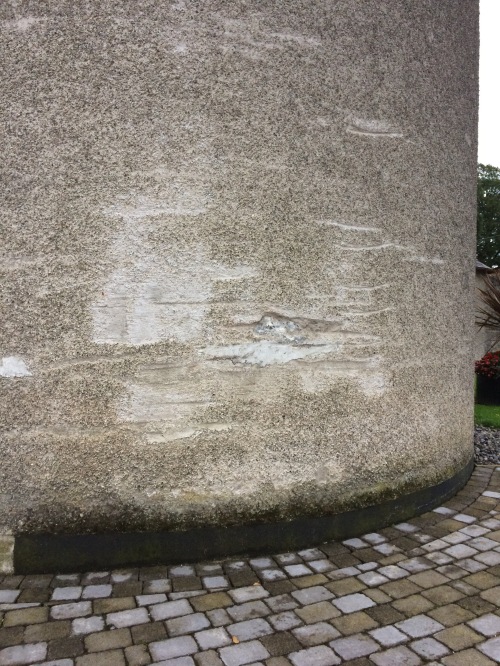 Directly across the road is the former Garda barracks – previously  it housed  the Royal Irish Constabulary. 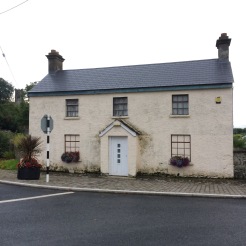 The village also had a post office that dated from 1845.

On a hill above the village are the remains of a 14th century castle, not now accessible to the public but it must have been an impressive sight in days gone by. It belonged to the Bermingham family who were English settlers and during the 15th century it was a scene of strife between English Barons and Irish Chieftains. 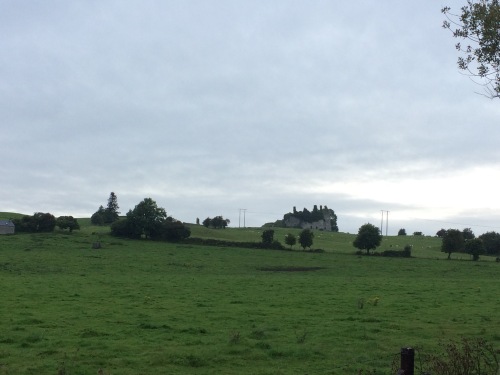 The 14th Century Carbury Castle, now in ruins is on private ground and not accessible to the public.

The Tidy Towns Volunteers deserve great credit for their efforts to enhance the village. I particularly liked the Bog Oak sculpture as it is refekective of the location of Carbury not far from Carbury Bog. Bog Oak from ancient forests c. 6,000 years ago has lain in the acidic wet peat for thousands of years and in the process has turned black. The beautiful preserved timber is much sought after by sculptors.

Just across the road is the Village Pump, which was central to any village and was where everyone came to pump fresh water for tea, cooking and washing. 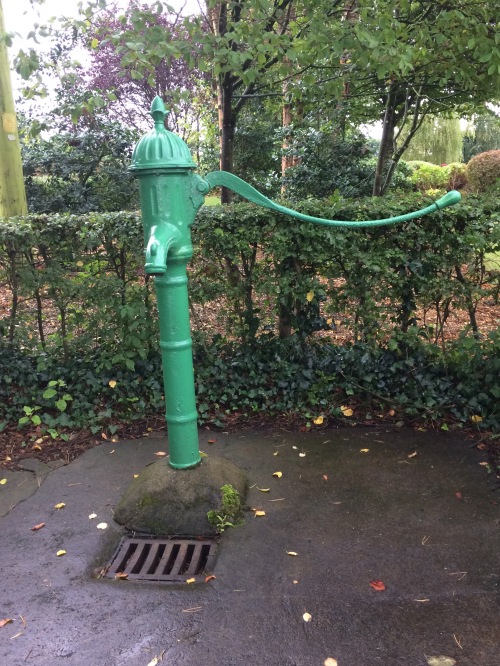 While on the subject of Tidy Towns Volunteers, I love how they have planted native flowers in the verges. While summer flowering annuals look spectacular in  baskets and containers, it is hard to beat the delight of natural looking flowers growing along the road. 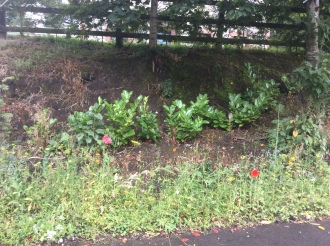 Of special interest was the old  Carbury Railway Station, where our great grandparents lived and reared their family until our greatgrandfather died here in the 1920s.  The information board in the village has a photo of the station as it was many decades ago. 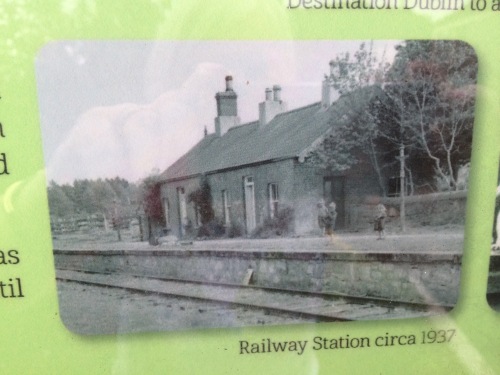 Up on the hill stands the Church of Ireland  church with an impressive tower. 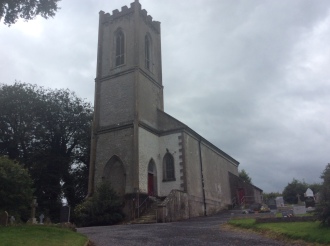 This is just a taste of the interesting features to be found in this lovely part of hidden Ireland. Although now ‘severed’ from part of its hinterland towards Derrinturn, Carburybis the better for it as it is rich in heritage, history and has some of the friendliest people! A lady walking her dog noticed me taking photos and stopped to say ‘hello’. A few minutes later a car drew up and her husband arrived to offer me a copy of their village guide and to tell me where to look for places of interest!

It was a lovely first encounter with this very special place that has lived in our family memory for about a century! If you are passing by, do swing in, you will be glad you did!