For years I  have been travelling the torturous route between Limerick and Cork, the N20, surely one of Ireland’s worst major routes with single file traffic wending its way along through towns and villages, with serious sharp bends to be negotiated.

Perched alongside this road, on the Cork side of the town of Buttevant is the fantastic Ballybeg Priory. As many motorist do, I have been taking side glances at this ruin for decades as it is far too dangerous and impossible to stop on the main road.  Before you know it, you have gone past the narrow access road.  However on my last foray on the notorious N20,  I was determined to pull over to take a look at this ancient place and so I finally managed to turn off into the access laneway.

Founded in 1229 for priests who lived a monastic life, the Canons Regular of St Augustine, the Priory was laid out with buildings surrounding a central courtyard or  cloister. Two fine windows of the original church were incorporated as part of a tower some centuries later. 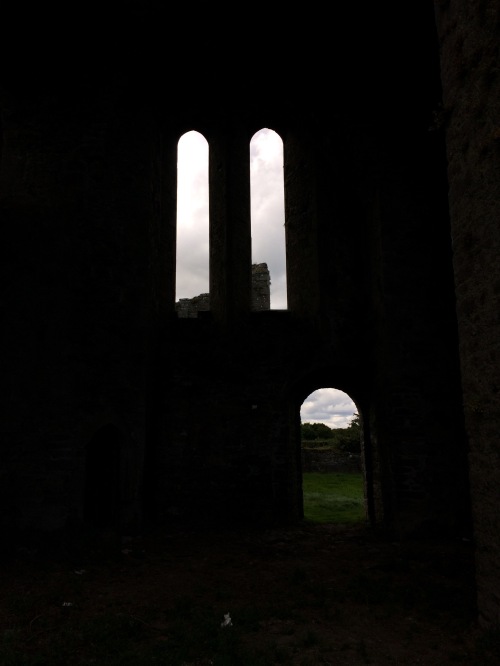 Much of the site is inaccessible as there seem to be some works being undertaken by the OPW.  It’s an awful pity that they do not provide notices as to what the are doing or why sections are barricaded. Their non medieval porta-cabin does nothing to enhance the visitor experience.

Cabins and barriers but no explnataion.

Not withstanding these 21st century intrusions, this is a very special place with a wonderful mystical atmosphere. It is sobering to think that I have walked where monks did as long ago as 800 years back. 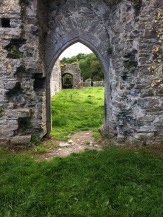 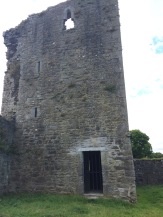 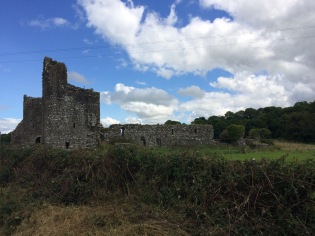 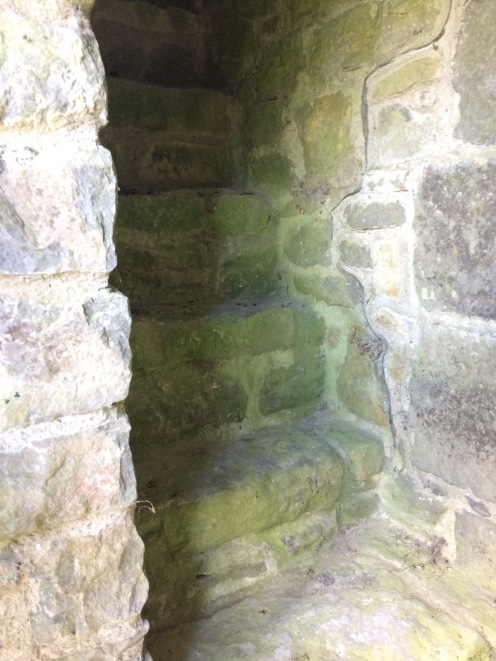 This site also has a pigeon house, or columbarium, with roosts for about 350 birds and is considered to be the finest of its kind in all of Ireland. It was not possible to get any closer on the day of my visit. 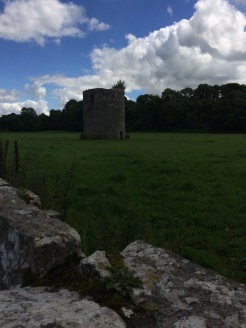 This dove-cot provided food for the monks and also fertilizer for their farm.  An internal view of the dovecot can be seen here. 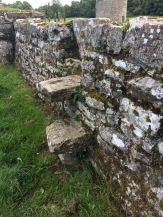 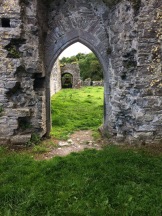 It is well worth stopping here to explore this ancient site. It’s a pity that not all of the site is accessible, but hopefully that will improve when  the OPW finish their works.