Remembering our mother on the centenary of her birth 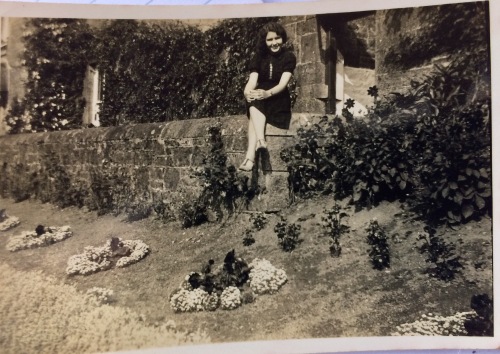 100 years ago, on Saturday January 19th 1918, in Kishawanny, Co Kildare, our grandparents, Christopher Robert Clinton and Jane Williams welcomed their first child into the world. She was our mother and was christened Sibyl Maud at Holy Trinity  Church in Derrinturn on January 27th with William Clery and Bridget Clery as godparents. 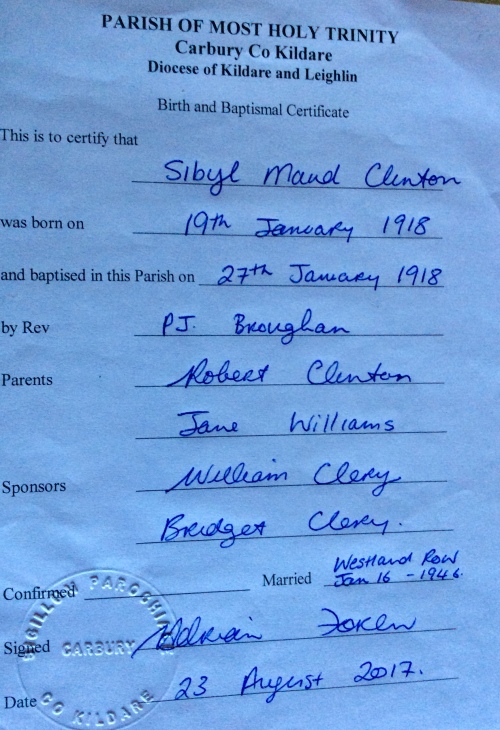 As was common practice – certainly in the early 20th Century – she was known by her second name, Maud, a name that recurs time and again in her paternal grandmother’s family, right down to this day.

She was the eldest of 5 children, two girls and three boys. At the time of her birth, her father was a foreman at Carbury Station, where his father was Stationmaster. It was possibly at the home of her grandmother in the townland of Kishawanny that she was born, but they may also have lived nearby. Her brother was also born in Kishawanny in 1920.

The probable site of  the home  of our mother’s grandparents in Kishavanna, Co Kildare.

Kishawanny, usually called Kishavanna by locals, has a small number of houses. According to Griffiths Valuation, the site of this house is on the same plot as the home of  Jane’s grandparents, our mother’s great grandparents.

As an employee of the Midland Great Western Railway, her father had to relocate and we next find the family living at Railway Cottage, Mullingar, where, three more siblings were born. Family lore has it that they also lived in Goresbridge Co. Kilkenny. This photograph was in our mother’s collection, marked ‘Goresbridge, Co Kilkenny’. It is possibly where the family lived. 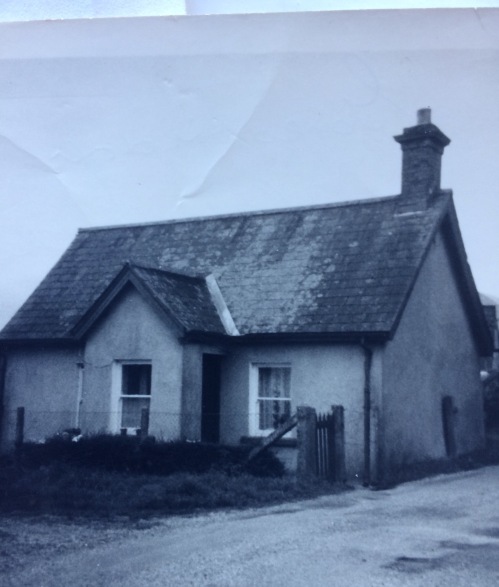 Goresbridge Co Kilkenny. Was this the family home?

The family moved to Newtownforbes Co. Longford, when their father was appointed Stationmaster here. We know they lived there in the late 1930s as an entry in the Schools Collection from Duchas.ie has a contribution from one of our mother’s brothers.  It was here too that our mother received music lessons at the local Convent of Mercy. She was an accomplished pianist and had a wonderful ear and could play anything after hearing it just once. Two of her sons are dedicated musicians. 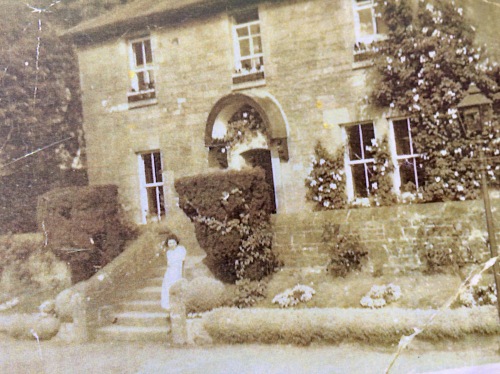 Our mother did not often talk about her relatives, but her Granny Williams was an exception. Her maternal grandmother, who lived at Kishavanna, was an important figure in her life. She spent summer holidays with her, and often spoke about ‘living ‘ with her. Perhaps her grandmother lived alone and there was an element of caring for her. In any event Granny (Kate) Williams died on November 22 1933, at the age of 68. Our mother would have been just 15 years old.

Her father was a wonderful gardener as can be seen from the photos above. He was usually to be found in his vegetable garden tending to his vegetables. He won awards for his beautiful flower beds and our mother inherited her green fingers from him. I can still hear her saying ‘Daddy loved Alyssum’ or ‘Daddy wouldn’t have Red Hot Pokers about the place’. He was the guru when it came to growing and she quoted him on a regular basis!

She embarked on a career as a telegraphist. As the eldest she was expected to send money home to help with the younger children. There would not have been much left after paying rent. Unfortunately we do not know much about where she did her training or where she worked. She may well have worked in Longford town initially, but she  was in Dundalk during World War 2 as she spoke of fear of bombs and she spoke of running for shelter. A bomb was dropped on Dundalk in July 1941, but we don’t know if she was living there then. As a wireless telegraphist she used Morse Code.

Sligo was the next posting for her and she had fond memories of living and working there as a telegraphist. 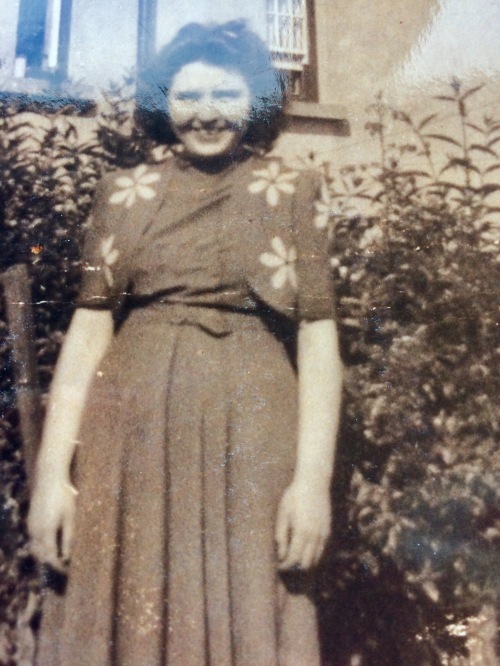 She was then posted to Letterkenny and it was here that she made contact with our father who was appointed postmaster in Carrigart following the sudden death of his father in 1944.

Number 1 son arrived arrived 13 months later and this we believe is a photo taken with him in 1947. (If it is not him, then it must be me!) 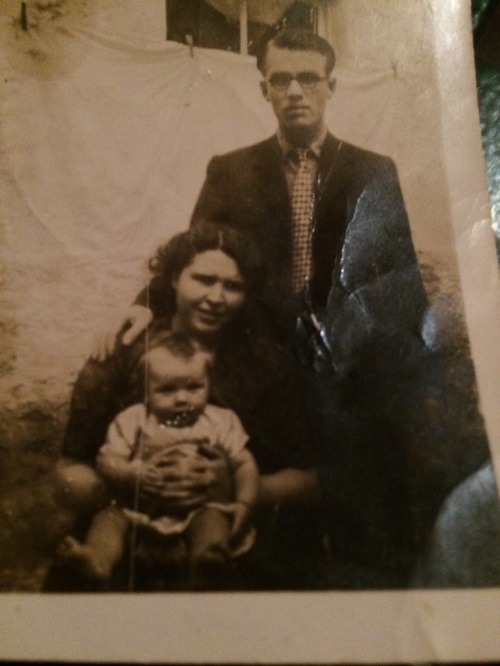 After 10 years of marriage there were six of us. Our mother knitted all our jumpers and cardigans, she sewed dresses and trousers. She made rugs from old sacks with rags stitched on, she made curtains, she covered chairs, she baked bread and cakes, she made pancakes, she crocheted and did artwork on mirrors. And she permed my hair (to my horror). She knitted and darned and sewed in every spare minute and played the piano. And always there were flowers inside and outside the house. 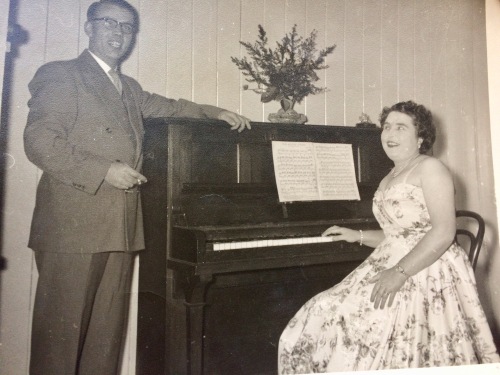 She also had time for fun–this photo was taken at an annual dinner dance at the Port na Blagh Hotel. I  remember this dress so well – it was a beautiful soft pink with a huge wide skirt that went on forever! For the following year’s dance, it was dyed black and looked fabulous. 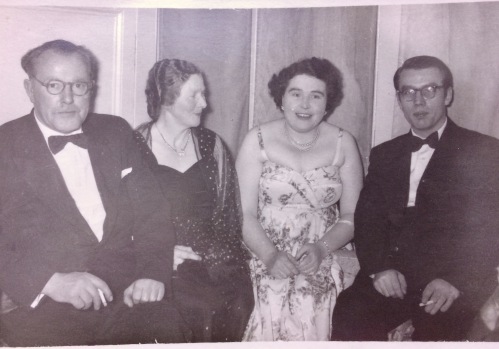 Mum was very friendly with Agnes McFadden (Aggie Big Pat) who would come to our  house every Thursday when they would exchange English Sunday newspapers and eat sandwiches and drink tea. Lena McGinley was another good friend and laughter was a huge part of these two friendships. 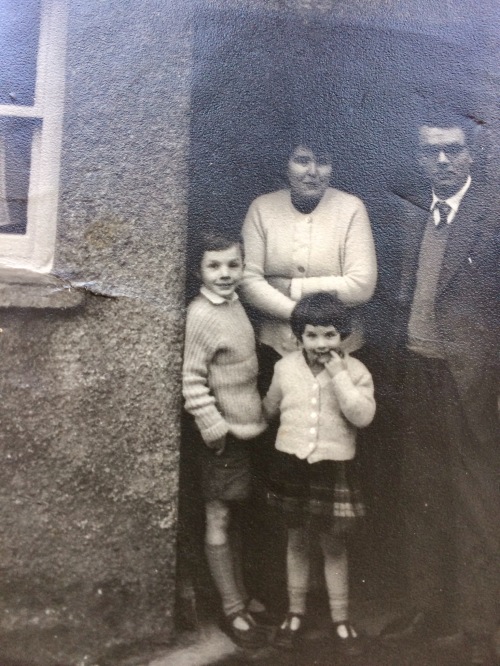 All of this came to a grinding halt when her youngest child, our brother, was killed just after 3 pm on Tuesday June 30 1959. He was 15 months old. It is unimaginable for any mother to have to pick up her dead baby off the road with a horrific head injury. See post here .

1959 still had not finished with her. Less than 6 months later and just before Christmas her beloved father, who she absolutely idolized, died suddenly. See post here.

These events were to have a terrible impact on her, and some years later having moved to England they carved out a new life with a new love –  her Cocker Spaniel, Kerry, who she adored and who was her faithful companion for over a decade. 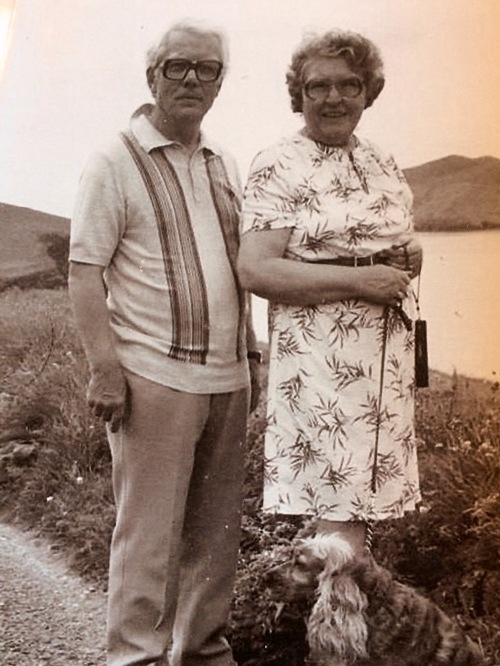 After they returned to Ireland on retirement, more hounds were added and beautiful gardens evolved yet again. I have never seen such a wonderful collection of Fuchsias which she loved. Bird tables and feeders abounded, roses scented the air, Clematis twined, flowers made a stunning display, and Dad kept horses in his field.  Grandchildren came and went in droves, as did her good friend Ethna who was always a special guest who they loved to see coming! 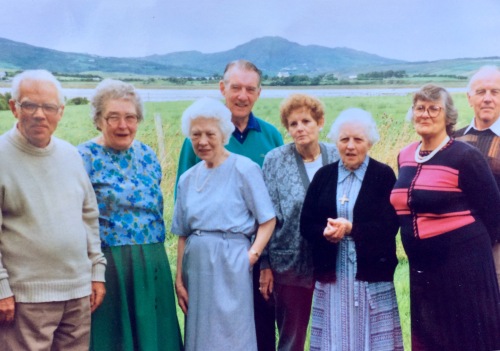 Although she had some health issues later in her life, our mother was very resilient and continued with her gardening, bird feeding, seed ordering, piano playing and reading. So many books! 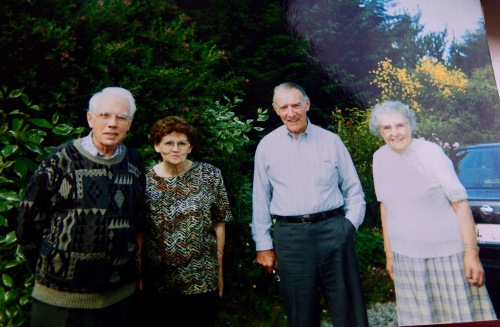 August 1998 brought the death of her last remaining sibling, her sister Eva and it distressed her greatly. I can still her her crying out in grief –  ‘They are all gone, they are all gone’. As the eldest of the siblings she had not expected to be the last one. At Christmas 1998 she was in good form but only days into the new year she began to show signs of  confusion and restlessness. Some weeks later she was transferred to hospital on a Sunday evening. She became very lucid and kept addressing Granny Williams for a couple of days. The doctor thought she might last 24 hours and suggested the family be called urgently.  As our sister, her youngest child, was in New Zealand there was no way she could get home in 24 hours. But she left New Zealand anyhow and headed to Shannon Airport, a journey of two days. The palliative staff said they had seen patients defy the odds to ‘wait’ for someone.  Eva arrived in to Shannon Airport at 1 pm on Wednesday and she and I stayed on the night watch  while the others went home to bed. She died at 6.10  am on Thursday  morning, 25 March 1999 as a blackbird sang his heart out just outside her room window.