On this day, 3rd February, 1886, our grandfather James was born to Isabella Molloy and Daniel Gallagher in their little house on the side of a mountain in Mulnamina, near Glenties County Donegal. He was their 7th child (of 10) and their second son. I like to think that his was a joyful day in their family in spite the fact that it was hard work for them to feed another mouth on their small farm.

He was the father of five children, one of whom, my uncle James Patrick Gallagher was named after him.

He never knew any of his 14 grandchildren, (one of these was also named after him – my brother James Daniel). 12 grandchildren survive, with the other two buried beside him in the family grave in Carrigart.

Of his 13 great grandchildren, one, James Day also has his name.

At this point he has 13 great great grandchildren and probably counting….

I often wonder if future generations of his descendants will be curious about him and hopefully they will find this blog!

Proud parents of their firstborn JDG

Family History is by its nature historic, but of course present day events will too become history as soon as they have passed. With this in mind, I thought it appropriate to mark a family milestone on these pages, in the hope that it may be of interest to the upcoming generations when and if they choose to look us up!

Our grandparents James D Gallagher and Mary O’Friel were married on September 20th 1915 at Edeninfagh Church outside Glenties, County Donegal. (about which, more later) .

Marriage portrait of our grandparents JD Gallagher and Mary Friel taken in September 1915. Note that she is holding her ‘marriage lines’ as they were known.

These five children in turn went on to have their own children, which is our generation. As Aunt May was a Religious Sister she did not have any family. Aunt Eileen had three children, our Dad had six ,Uncle Sean had four and Uncle Jim had one. All of that generation have sadly left us. Their 14 children make up the ‘present generation’ of Gallaghers. Unfortunately, Aunt Eileen’s first little daughter died just weeks old in 1946. She was the eldest in our layer of Gallaghers. The next-born was our brother who was born in Newtownforbes, County Longford in February 1947 and therefore he holds the title of ‘Family Elder’, being the eldest grandson and eldest surviving grandchild of JD and Mary. Of the 14 grandchildren only 12 of us survive as our baby brother, the youngest in our family also died in 1959 at the age of 15 months.

Unfortunately our Gallagher Grandparents did not know any of us as they both died very young, some years before any of us were born.  In fact when our grandmother died her own 5 children were aged  5, 7, 9,11 and 13.  So this is a nice time to remember both of them as our current ‘Elder’ who also bears the initials JDG, celebrates a big birthday.

The birthday boy, JDG, watched over by a proud father (and a younger sister) at the back of Figart in 1948

Tramore with a younger sister and brother in 1959

When there were four.. 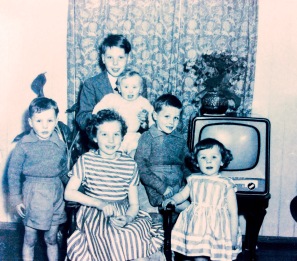 Then there were six…

So as we look back a number of generations and look forward at the newer couple of generations, it seems a good time to acknowledge our current family elder! Happy birthday JDG! 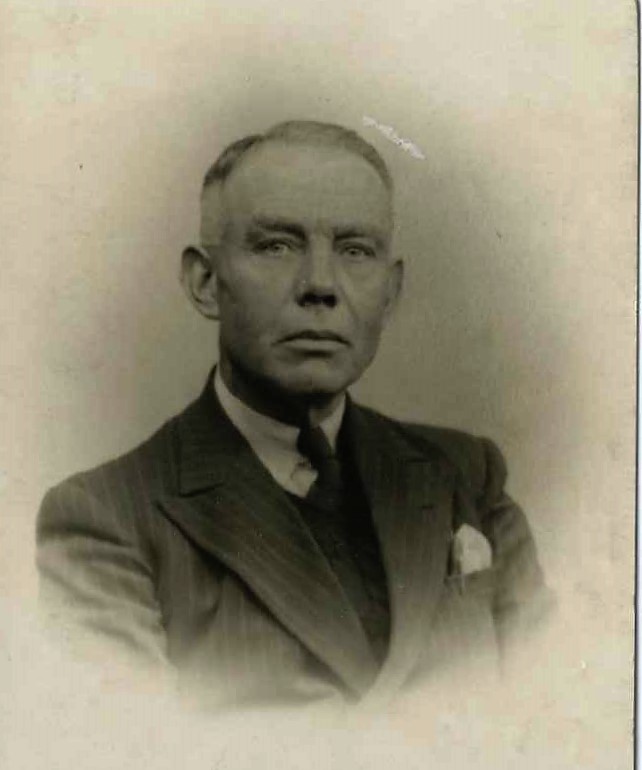