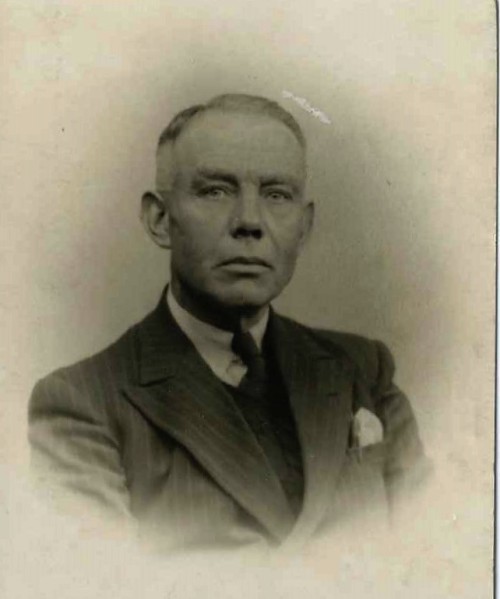 November 26 was a date that was remembered in our house every year. My father used say ‘November 26th was the date Dada died’. In the next breath he would say ‘The same date Mary Ellen Fleming was born’.
I have always thought it unusual that the death of one person and the happy arrival of another totally unrelated person in the same village should have been linked. I wonder why? Perhaps it was unusual to have two such opposite pieces of news on the same day. And it was not just in the family that both events were connected – I clearly recall others mentioning it too.
There was no street corner as such in the village for people (men) to congregate, but some did so on the window sill of the annexe of Walsh’s Hotel in Carrigart, Co. Donegal. A perfect vantage point that provided a view along the main street to observe People going into Walsh’s  shop, into the  adjacent bar, the post office, the curates house, Speers and Griffins drapery shops and McElwees newspaper shop and Kiely’s. It was hard to see much beyond these as the village fell away on a gentle hill. Charlie Ward, Old Paddy Vaughan, Young Paddy, sometimes Jimmy Roger Ned and whoever would be about, would perch on the window sill to oversee the comings and goings in the village. Walsh’s shop also had a very smooth wall that was perfect for playing ball games, which was why we children and the village sages would end up occupying the same space.
And so while filling their pipes with Plug tobacco or sucking in on their Woodbines and ‘pass remarking’ on who was around, they would gently chide us children: ‘If your grandfather was about you wouldn’t be doing that’ or ‘If The Master saw you doing that he would shoot the boots off you’ and then they would go on to reminisce and mention that he died the same day Mary Ellen was born.
Our grandfather James Gallagher was a national school  teacher. He had a reputation for being strict at school which was probably why we were reminded that we would have to be ‘good’ if he was still about.
Our father and one aunt in particular left us in no doubt that he was indeed a strict man at home as well as at school. We grandchildren never knew him as he died before any of his children married and had families. It is interesting to wonder if, as is often the case, grandchildren might have revealed a softer side to this man who without doubt had been hardened by the loss of his young wife and mother of his five children, aged 5, 7, 9, 11 and 13. Who knows?
His death was unexpected. He went to visit his friend in hospital who was suffering from typhoid fever, even now considered a highly infectious and dangerous disease. Our grandfather contracted the disease himself and died on Sunday November 26 1944 in the Fever Hospital in Donegal Town. We don’t know how long he was ill (because we never asked and didn’t know to ask!). 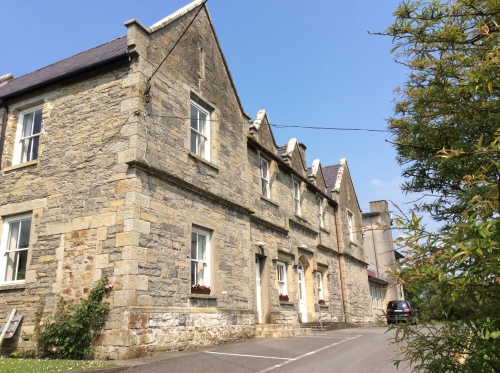 The Fever Hospital Donegal Town as it is today.

It is strange to think that we know so little about our grandfather who was a prominent member of the local community, being a school teacher at Mulroy National School.  We have not yet discovered a death notice in the newspapers nor any report of his death.

He died while the Second World War raged in Europe and in the Pacific. The joyful news of Mary Ellen’s  birth may have been the happy relief a community needed from the bad news that visited them locally and bombarded them on a daily basis from the theatres of war.

9 responses to “Remembering our grandfather”