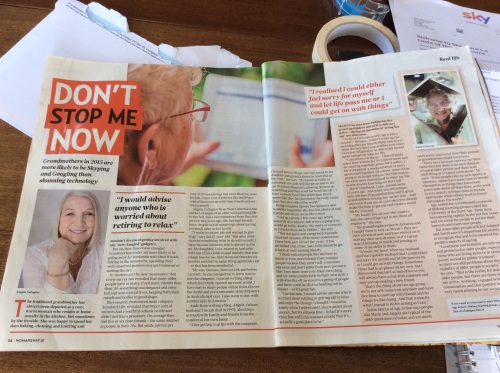 This very arresting title headlined an article in Woman’s Way magazine in which I was featured a couple of weeks ago, resulting from an interview/long conversation with the journalist Arlene Harris. Arlene was trying to discover how the lives of people have changed since our younger days and how they are so different to the lives of younger people today, and indeed older people of just a few decades ago because of our attitudes and most of all because of modern technology.
Being featured  with Marie O’Gorman, the renowned Skype Queen and great-grandmother was a real privilege. Imagine teaching your grandchildren to knit on Skype! Marie is a great example of someone who grasped modern technology with both hands, knowing that it would enhance her life and reduce social isolation and shorten the distance between her home in Ireland and her daughter’s home in Armenia.
My own life has been totally transformed by social media and I am fortunate to have as close friends people who live in Australia and the United States. I have met some of these wonderful people in person, and it is as though we have known one another all of our lives. One very special lady has visited me in Ireland and stayed at my home, while I meet other followers on social media on a regular basis at events and confereces across the country..  The encouragement and support of other social media users is phenomenal and can only have a positive effect on older people who may otherwise be living in social isolation.
I am very grateful to Age Action for the inspiration and encouragement to keep going as a ‘Silver Surfer’ and for the excellent programmes they have in place to encourage older people to engage with technology especially through their ‘Getting Started’ classes that run across Ireland. Age Action also co-ordinates U3A , which is an abbreviation for University of the Third Age. I like to think of these as ‘Discovery’ programmes for older people where we can learn from our peers in  the University of Life by sharing skills and life experiences. Bingo and sing alongs are wonderful for many of our generation but are not for everyone. How about outings to historic places, museums, art galleries,concerts, theatre events,long walks or short holidays abroad? The world really is our  oyster!

And a huge ‘thank you’ to Woman’s Way for featuring  Silver Surfers  and spreading the message of a whole new world that is there to be explored in our later years! ! 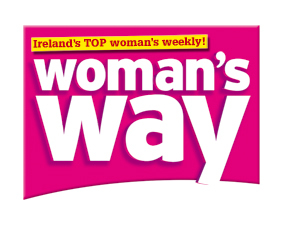 I was thrilled and honoured to have been nominated  for the Grafton Media Blog Awards Ireland 2012 some time ago. Having read  some of the incredibly excellent work of others in the long list, it was clear that the opposition was formidable and the standard very high… It came as a huge surprise then  to learn that this  blog has been shortlisted in the Best Lifestyle Blog category!

The business of blogging is alive and well in Ireland; hundreds of bloggers are putting their all into their posts. The categories have attracted entries from a broad range of people – from primary school children right up to professional journalists; from craft workers to fashionistas, from cooks to gardeners, from music buffs to photographers, and everything in between!   Well done to the organizers for taking on the task of sifting through the many entries and to Grafton Media for being the main sponsor.  Such efforts encourage and promote the use of the internet by people from all walks of life and from every profession and I am all for that!

I would like to send special wishes to Seamus, author of  Eclectic Sound Bytes deservedly shortlisted in the Best Music Blog category – this blog is for  real music followers and can be seen at www.eclecticsoundbytes.blogspot.com

Every single nominee is a winner!  The very best of good luck to all on the shortlist!

The European Commissions e-Inclusion Awards finalist brochure has been published. Here are fascinating and humbling stories of people who have overcome exclusion and disadvantage and launched themselves into a whole new world by joining the digital revolution. The stories are brief but inspiring and have lessons for us all. I am looking forward to meeting these amazing people in Brussels when we will all be guests of the European Commission over the next couple of days. My good wishes to all!

Age Action Ireland is a charity which promotes positive ageing and better policies and services for older people. In association with Google they run the Silver Surfer Awards, which celebrates older people who have embraced information technology for pleasure or as a way of enhancing their lives. Nominations were sought for 5 categories – Most Dedicated IT Learner; Hobbies on the Net; IT Volunteer of the Year, Family Tutor and  Social Networking Award. In addition the hunt was on for a person over 90 for the Golden IT Award and an older person who embraces internet technology with a sense of fun for the title ‘Google Silver Surfer of the year 2011 with Age Action’. The awards ceremony was held at Google HQ in Dublin on 27  September. Noted Irish TV Personality Derek Davis was Master of Ceremonies, while Minister for Communications, Energy and Natural Resources, Pat Rabbitte was also in attendance. Three of Ireland’s Presidential Candidates,  Michael D. Higgins, Martin McGuinness and Sean Gallagher, were on hand to present the awards.

Damian Shiels, who nominated me for the award, and Michael D Higgins,Presidential Candidate.

shortlisted in the Social Networking category, and even more astonished when it was revealed that The Silver Voice had won! There were some truly special nominees and winners present on the day, and I was humbled to be among them. I would like to thank Age Action Ireland and Google for a wonderful day out, and for organising a marvellous event.  Damian Shiels was the person who nominated me in the first place and it was good that he was also present to share the occasion. Many thanks as well to those of you who read my (sometimes diverse!) ramblings, and hopefully there will be many more posts to come in the future!

A few years ago, on a visit to the USA I was bemused  to occasionally see groups of women wearing red hats –  perhaps in a shopping centre, at a cinema or in a restaurant.  Intrigued by this odd phenomenon, I inquired  about who they were  and why they were wearing red hats. I was informed that they  were ‘Red Hatters’.

On reading the poem ‘Warning’ by Jenny Joseph (see it here) Sue Ellen Cooper was impressed by the lines:

‘When I am an old woman, I shall wear purple with a red hat that doesn’t go and doesn’t suit me…..’

As her friend was celebrating a birthday in November 1997, Sue Ellen presented her with a copy of the poem and an old red hat that she had bought second-hand some years earlier.  Her friend was thrilled to bits with this unusual gift, so  Sue Ellen  repeated the gesture  for several more friends.  They eventually decided to go out for tea  as a group, wearing their red hats and in purple dresses.  And so the Red Hat Society was born.   Their strange attire attracted coverage from newspapers, magazines and television  and by 2002, just 5 years later,   they had 40,000 chapters worldwide.  In 2005, the Red Hat Society even featured on The Simpsons, when Marge Simpson joined up!  They had truly ‘arrived’!

In 2010  the original red hat  and a purple boa given by Sue Ellen to her birthday friend were donated to the Smithsonian Institution National Museum of American History in Washington D.C. where they are now on display. 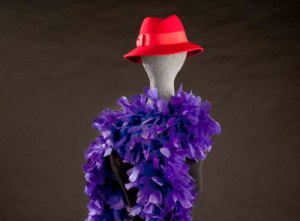 The Red Hat Society  is now one of the largest women’s social groups in the world, offering friendship and fun while  celebrating life and the role of mature women.  They have managed to change the way society views women of a certain age and they promote a positive outlook on life and mental and physical well-being among their members.

They are ‘Over Fifty and Fabulous’ indeed!

The World Is Your Oyster

Today I discovered a really good site that may be of interest. Seniorsforliving.com list their choice of  sites from the 100 top Seniors Blogs and Websites.

It is good to see the range of topics that are of interest to the mature generation –  healthy living; stories from travellers;thoughts on growing old gracefully;the joys of grandparenting; loads of good humour and a wealth of other  good reading.

The striking thing about these blogs is  that the authors are almost exclusively in North America, where of course they have blazed a trail on joining the cyber society, with a home computer being almost s common as having a domestic refrigerator..

I will post relevant links on this blog from time to time so that you do not have to go searching  in Google to find something that will make you smile, something to challenge you, something to give you hope or to reinforce your own views.